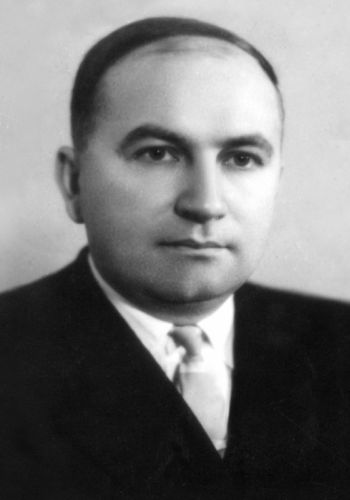 Member of the International Union of Angiology (Tokyo, 2001);
Honorary Member of the Romanian Academy of Medical Sciences (2002);
Member of the Scientific Council of the Society of Gerontology and Geriatrics of EuroAsia (Moscow, 2005);

Senior of the European Society of Pathologists (Paris, 2005);
Member of the Editorial Board of the Romanian Journal of Morphology and Embryology (2005).
Research activity

Trained over 100 Doctors and Habilitated Doctors in Medical Sciences;

Developed the theory of incipient atherosclerosis, introducing new notions in the genesis of this phenomenon;

The detection of early phases of atherogenesis constitutes a fundamental, original discovery, a future research direction;

He founded the Scientific School of Morphopathologists in the republic;

Prizes and awards
Jubilee Medal for outstanding work – ”In Commemoration of the 100th Anniversary of the Birth of Vladimir Ilyich Lenin”;
”S.I. Vavilov” Medal
Laureate of the MSSR State Prize
”Nicolae Testemitanu” University Honorary Diploma
Medal ”50 years of Victory” (Jerusalem);
”Dimitrie Cantemir” Medal;
Golden Fortune International Academic Popularity Rating
St. George Medal ”Honor. Glory. Labor.”, IV degree No. 420 (Kiev)
Medal ”60 years of the Academy of Sciences of Moldova”.
Honorary titles
The Order of the Red Banner of Labour;
Order of the Badge of Honor;
The Order of the Red Banner of Labour;
Friendship of Peoples Order;
Order of Labour Glory;
The Order of the Republic.